Posted on February 12, 2016 by Alistair McAlpine 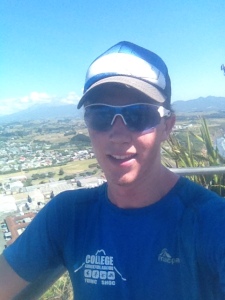 Local Shaun Palmer scorched around Taranaki’s Four Peaks to cut 12 minutes off Ian McAlpine’s long-standing record on Thursday. He included Fanthams Peak in his outing which means he also holds the record for the new 5-Peak Variation. Nice job.
Below is his confirmation email with attached pics.

“Made my record attempt which was very successful but wow it
sure is a long day out on the move and I’m pretty sore now! It sure
was a big push along the road!
My final time was 9:58, which I believe also makes it a 4 Peaks record
too so I would like to make a claim for that record also.
Below are the links to my GPS Tracking. They are in two parts as
typical GPS ran out of battery on the Kaitakes so had to start a new
route once I put in new batteries after realising at the top of Wairau
Rd. But the route is pretty clear to be seen, although some of the
splits and what not turned out quite funny. I think it is a
combination of the GPS losing a bit of signal and also once movement
drops below 20min/km it stops recording pace. So in Part 1 the moving
time 6:30 is inaccurate but the actual elapsed time, 7:30 is, for what
difference that makes. But as you should be able to see Part 1 started
at 6:01am, and Part 2 started at 2:22pm, and with the elapsed time of
1:37, that confirms my finish time was 3:59pm, so a total of 9:58 for the day.

I have also attached the photos I took at each peak along the way.
Pretty excited to come away with the 4 Peaks Record as well considering
the detour via Fanthams and the fact that it hasn’t been broken since
1981!!!” 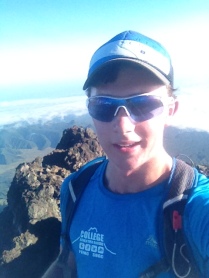 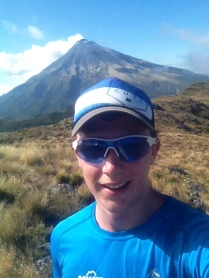 Alistair McAlpine is a Writer, Broadcaster and Trail Runner who writes for the web from Wellington, New Zealand.
View all posts by Alistair McAlpine →
This entry was posted in Blog, Uncategorized and tagged 4 Peaks, 5 Peaks. Bookmark the permalink.